Saqeef garden located is 200m west of Masjid Al Nabawi. It belonged to Banu Sa'edah. Saqeefah Garden was the location where a discussion took place regarding who should succeed as khalifah after the death of Prophet Muhammad PBUH.  It is now a Library. 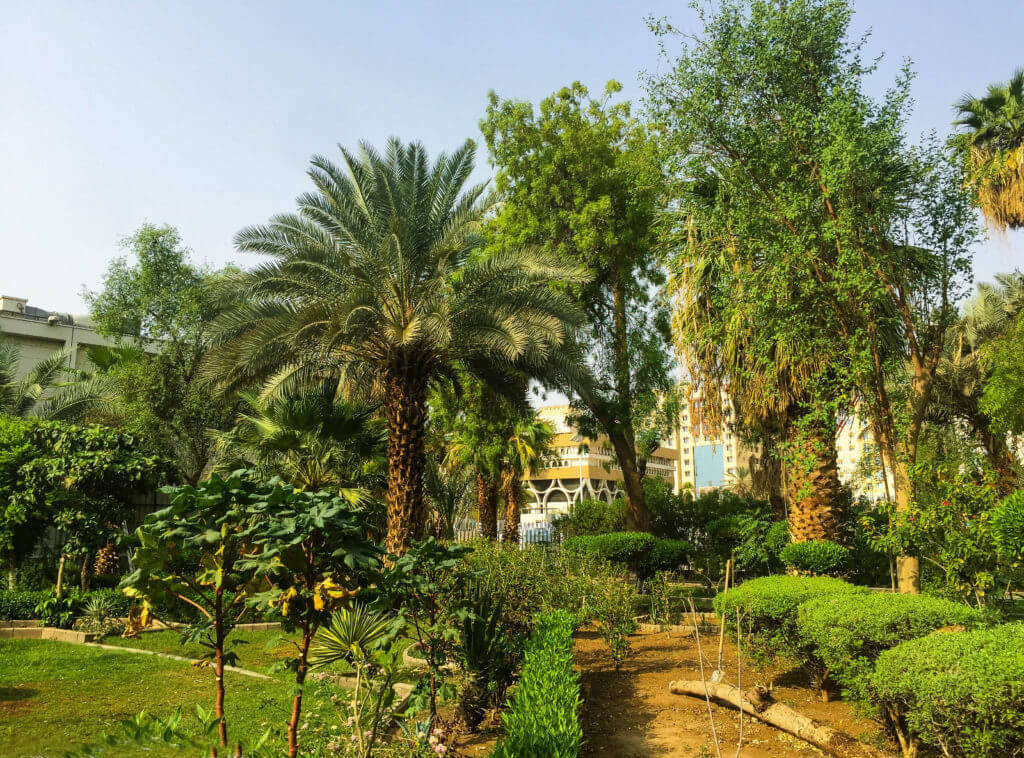 Incident of the immediate succession of the Khalifate

The companions of the prophet Muhammad (ﷺ) was shocked with the demise of the messenger. They were confused whom should lead the ummah. There was a dispute in choosing the khalifah.

Ali ibn Taalib (رضي الله عنه)  thought he had the right to succession since he had been close to the Prophet since the beginning of his mission.

The Ansars gathered in Saqeefah garden to discuss the succession. They felt it must be one of them who should succeed. They thought since they protected Islam and offered a home to Prophet  (ﷺ) and his companions who had been persecuted by their own people.

When Abu Bakr and Umar (may Allah be pleased with them), years this they rushed to the Saqeefah Banu Sa’edah from Masjid Al Nabawi with some Muhajireen (Emigrants).

The Ansar wanted to pledge their allegiance to Sa'd ibn Ubadah (may Allah be pleased with him).

Abu Bakr (رضي الله عنه) pointed out the being the imam is a matter of the whole ummah and not the citizens of Madinah Alone. All Arabs will not accept the leadership of the Ansars when there are differences between two major tribes within Ansars.

As for the time being Quraish, who was the custodian of the Kaaba would not accept any other leadership than Quraish.

“O Ansar, none can deny the superiority of your position in religion or the greatness of your eminence in Islam. Allah chose you as the helpers of His religion and His Apostle. To you, the Prophet (ﷺ) was sent on his emigration from Makkah, and from you come the majority of his companions and his wives. Indeed in the position, you are next only to the earliest companions. Therefore it would be fair if we take the Caliphate and you accept the ministry. You should not be obstinate in your stand. We assure you that we will do nothing without consulting you.”

One of the Ansar suggested appointing two Amirs, one from the Ansar and another from the muhajireen. 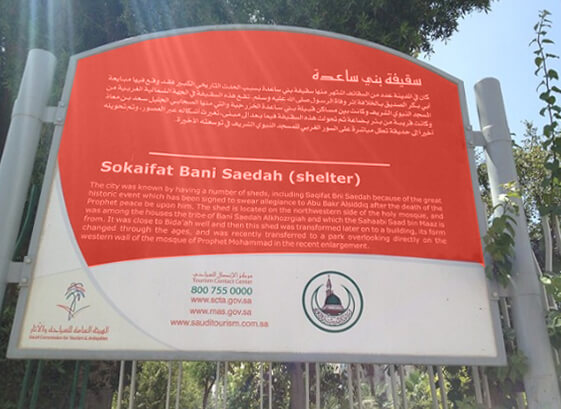 Location of the Saqifah garden

If you want to advertise please contact us. myumrahguide@gmail.com

(ﷺ) - (salallahu Alai wasallam)- Peace be upon him (PBUH)

رضي الله عنه (Radhiallahu’ Anhu) - May Allah be pleased with him